We hope that everyone had a great Thanksgiving. Last week was very special because we got a chance to connect with parents during our conferences. Overall, we had over 75% of the parents attend a conference. Congratulations to Mrs. Taylor who had 100%!

Our Volleythrow championship and staff games were very exciting. As for the kids, a big shout out goes to the Coopers! They won the student championship and had the entire gym cheering for them! For the first time, the Administration Team (Mr. Jacobs, Dr. Cook and Mr. Richter) won the Staff Championship game! A fun time was had by all.

We have a few activities going on this month. As you will see in our newsletter (going home on Monday), the HSA is doing a cheesecake fundraiser during the entire month. The cheesecake's will be distributed on December 22. In addition, the HSA will be hosting our annual Holiday Shoppe from December 14 - 21. Students will be able to purchase gifts during lunches. All gifts will be $2.00 unless marked differently. Just a reminder, HSA meetings take place the 3rd Tuesday of every month at 7:00 PM. Any questions, contact the HSA (rmbaconHSA@gmail.com).

Pictures from around the school

This is a time of year to be thankful! At Bacon School, we are thankful for our students, parents, staff, and community for the support needed to be a successful school! We all play our part, and that is why we are able to achieve our goals!

Last week we had our annual Turkey Feast. This tradition has been around for a long time, and each year it continues to improve. As you know, there is a lot of work that goes into planning and executing the Turkey Feast. A big thanks to all of the staff members who worked hard to make it a success! It is all worth it when you see the faces of the students and listening to how appreciative they are for the Turkey Feast.

This week we have Early Dismissal on Monday, Tuesday, and Wednesday at 1:45 PM. On Monday and Tuesday, we will be hosting Parent/Teacher Conferences from 6:00 PM - 8:00 PM. The conferences are an excellent opportunity to discuss student development.

Our school will be closed on Thursday and Friday in observance of the Thanksgiving Holiday!

Food Drive
Mrs. Candy coordinated our Food Drive for Thanksgiving. The donations were given to Derick Glenn, who will be delivering our donations to the homeless and less fortunate Veterans in Cumberland County.

Pictures from around the school


Video of the Week - Dr. Cook recently traveled to China to study their education and cultural system. Here is a brief video chronicling his travels.

Posted by Spike Cook at 6:02 AM No comments:

Keys to Character Unlock The Future!


We had a lot of exciting activities last week (and right before the NJEA Convention). On November 4 we participated in our first Color Run and Project Brush from November 11. A great time was had by all!

This week we have a few awesome activities on the list. On Tuesday, we will be interviewing for our 3rd grade teaching position. We will be doing things a little different with this position. The first round will be questions and answers with the committee and the second round will be a demonstration lesson with kids.

On Wednesday, we will be hosting our annual Turkey Feast for the students. Also on Wednesday, the first marking period report cards will be sent home. This Friday will be our first Early Dismissal as we begin our Parent Conferences!


The Color Run! by Ayeshonna Floyd
The Color Run was to raise money for Breast Cancer awareness. The Color Run had some dried paint to throw when people ran by. It also had healthy snacks like oranges for the people that were there. It was located right here in Bacon School and it only cost $2 with a permission slip. If you didn’t wear a white shirt you couldn’t participate. The people who didn’t participate sat on the bench to cheer for friends and family. Some teachers participated and volunteered. The Color Run was very fun!

Recycling magic/ Puppet show by Joseph Camp
Last week a man named Bill came to our school to do a recycling/magic show. There was a puppet raccoon that was really funny. The puppet did the whip and it was so funny. A few students volunteered to be in the magic show. After every trick he would tell us to say “DO THE RIGHT THING BILL.” Bill would say, “what’s the right thing?” and we would say, “RECYCLE.” Bill also had a snake that he thought was a puppy. He also switched peanut butter with jelly. It was amazing! The whole time my jaw was dropped. When I saw assembly on the agenda I didn’t know what it was about. When it was over I wanted to see more. It was truly awesome.


Pictures from around the school

Video of the Week - Kid President Speaks from the Heart

This week is a very special week... Dr. Cook will be in China! He is going to visit 4 different schools and Jilin University. In addition, he will be visiting landmarks such as the Great Wall, Tienanmen Square, and the Olympic Village. An important note, there is no cost to the school district for this trip!

RM Bacon will be in good hands while he is gone as Mrs. Harris and Mr. Sheppard will be filling in as Principals.


Don't forget to vote for your favorite Healthy Snack... Voting ends on November 23.

Teachers - Be sure to check on the Benchmarks and Writing Portfolios that are due this week.


We had an amazing week at RM Bacon! It was extremely busy, but we hope that every enjoyed the Halloween Parade, Healthy Parties, and the Frolic! This year we really tried to maintain our healthy school philosophy with a holiday that is known for candy, candy and lots of candy. Teachers and students didn't miss a beat with the healthy parties, and in some cases, enjoyed it more. Students were definitely calmer since they were not ingesting so much sugar!

Vote for your favorite healthy snack... Winning class wins an award from the Healthy School Committee. Click here to VOTE

Here is a brief Animoto with pictures from last week:


This week is a shortened week due to the annual NJEA Convention. School will be closed on Thursday and Friday. 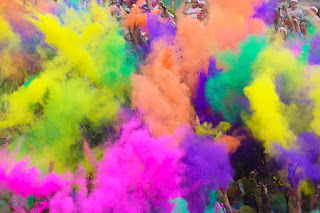 On November 4, 2015 RM Bacon will be participating in their annual run. This year, however, things will be a little different, colorful, and messy! The cost of the run is $2.00.

What is a “color run”? According to the website, “The Color Run, also known as the Happiest 5K on the Planet, is a unique paint race that celebrates healthiness, happiness and individuality. Now the single largest event series in the world, The Color Run has exploded since our debut event. We have more than tripled our growth, hosting more than 300 events in 50+ countries in 2014.”

The RM Bacon Color Run is an un-timed race in which teachers and students, or “Color Runners”, are doused from head to toe in different colors at each lap. With only two rules, the idea is easy to follow:
1. Wear white at the starting line
2. Finish plastered in color!

Check out our school! 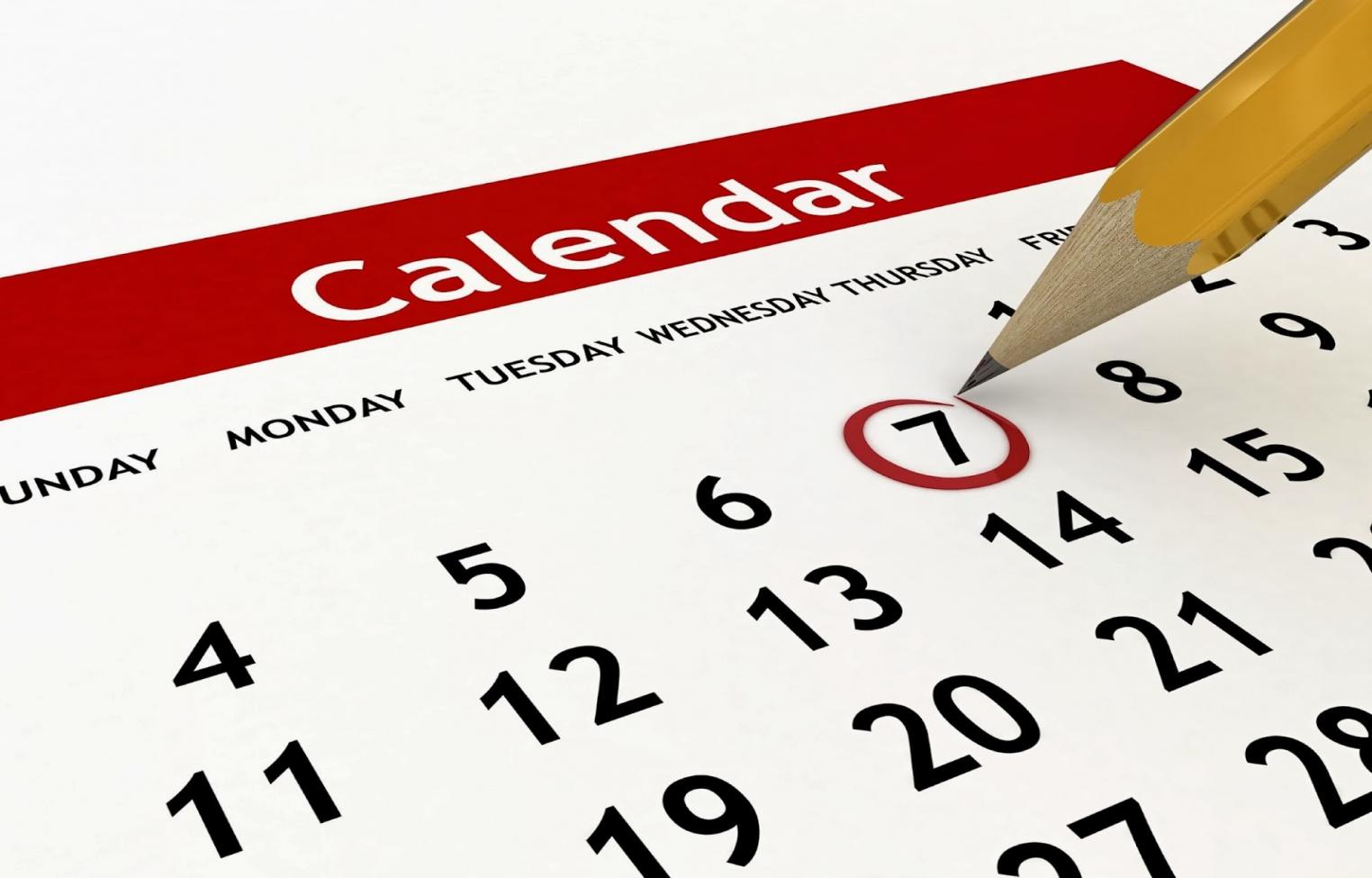 Is your snack healthy? 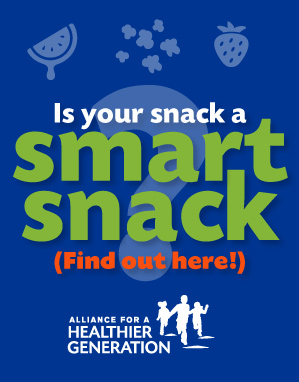 Get RM Bacon Weekly updates sent directly to your email!

Where in the world are our readers from?